Ellen Woods is a biologist and photographer based in Middletown, Connecticut. Currently pursuing her Ph.D. at Wesleyan University with Dr. Sonia Sultan, Ellen researches the evolution of an invasive plant post-introduction. She previously received her M.S. in Ecology and Evolutionary Biology from the University of Connecticut (2015) and her B.S. in Plant Sciences from Cornell University (2010). During her time at Cornell, Ellen worked with Dr. Anurag Agrawal and consequently developed an “inordinate fondness” for monarchs and milkweed. Ellen’s background in biology largely informs her photographic work, which is distinguished by portrait-style imagery of plants and insects.

Books:  Monarch and Milkweed: a Migrating Butterfly, a Poisonous Plant, and Their Remarkable Story of Coevolution  •  Monarchs in a Changing World: Biology and Conservation of an Iconic Butterfly 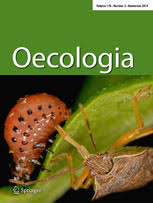 “There is grandeur in this view of life, with its several powers, having been originally breathed into a few forms or into one; and that, whilst this planet has gone cycling on according to the fixed law of gravity, from so simple a beginning endless forms most beautiful and most wonderful have been, and are being, evolved.” -Charles Darwin, On the Origin of Species